!! We have put our breeding program on hold !!

We will not have any kittens available until further notice.

Currently there are very few kittens available, and a huge demand, so if you have your heart set on a Siamese you will probably have to travel far or wait some time for one. 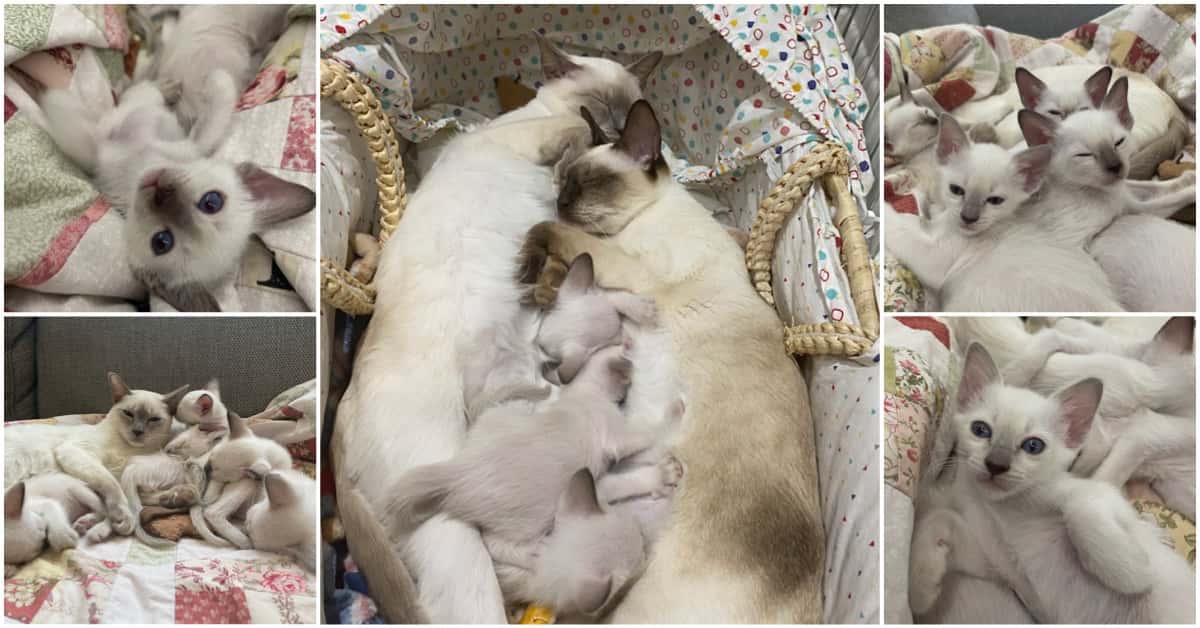 These kittens have really been well loved, Pink and Lola both dote on them constantly and they are never without 'adult' supervision.

They are growing nicely. they are all now eating solids and know how to use the litter box. I am always amazed how they instictively know what to do. 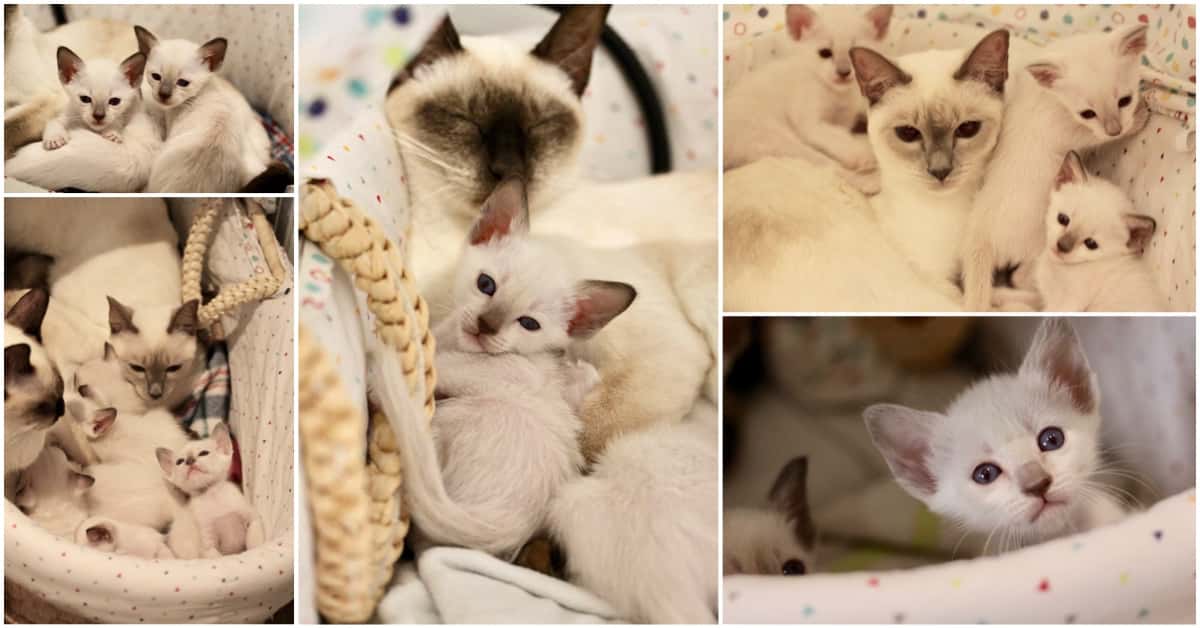 We have moved the kittens downstairs this week so that they can get used to the hustle and bustle of household activity. They have adjusted well to the move, and are enjoying being part of the action. If they hear your voice they all come running to say hello.

I have also introduced the kittens to kitten food, they aren't keen on eating yet but know from past experience that they will all be eating within the week. 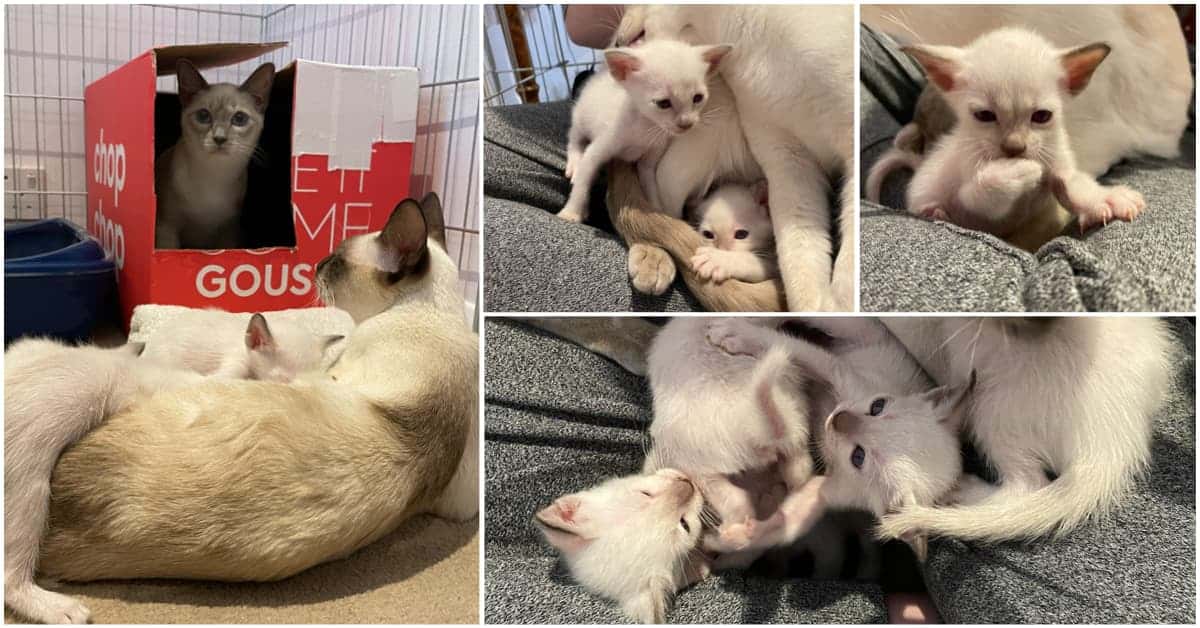 We intoduced the kittens to Honey (our ShihTzu) and Pink (their older sister) this week.

Pink has had us in hysterics - after a couple of weeks of her being terrified of the little mews coming from my bedroom, she has realised that they are kittens and has decided that they need a second mummy.

She hasn't left them alone since, mothering them constantly. She looks very left out while they have their feeds. Fortunately Lola and the kittens seem to like having her there. 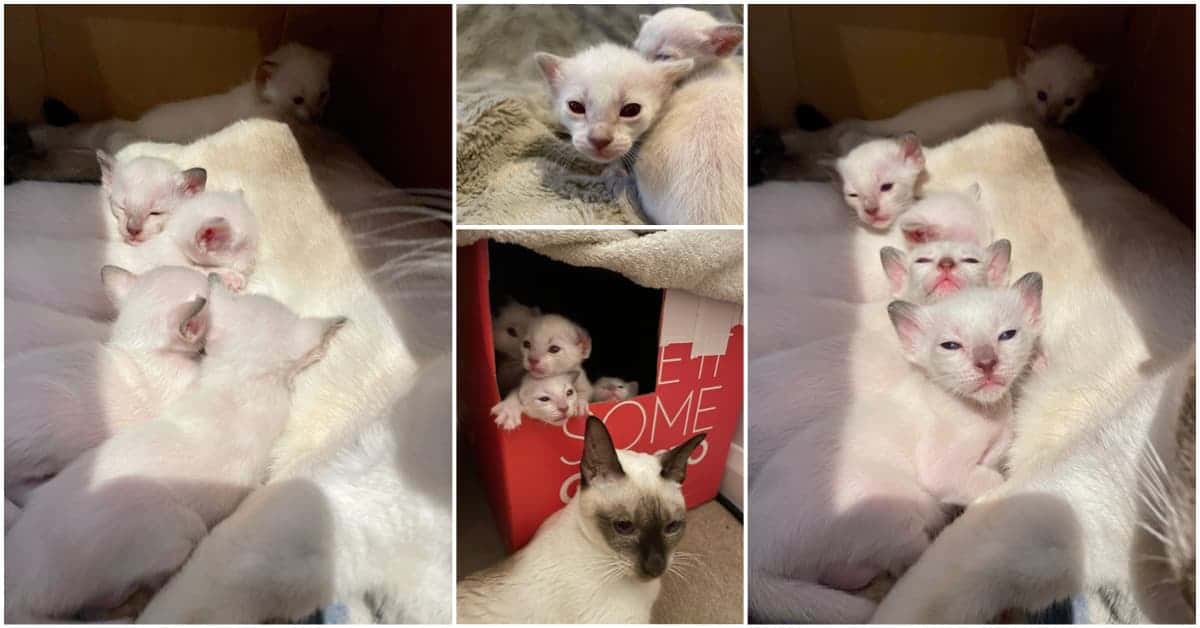 Their eyes have all opened and their coordination is improving by the day! They are beginning to explore their surroundings and are very inquisitive when they hear movement or sounds nearby. 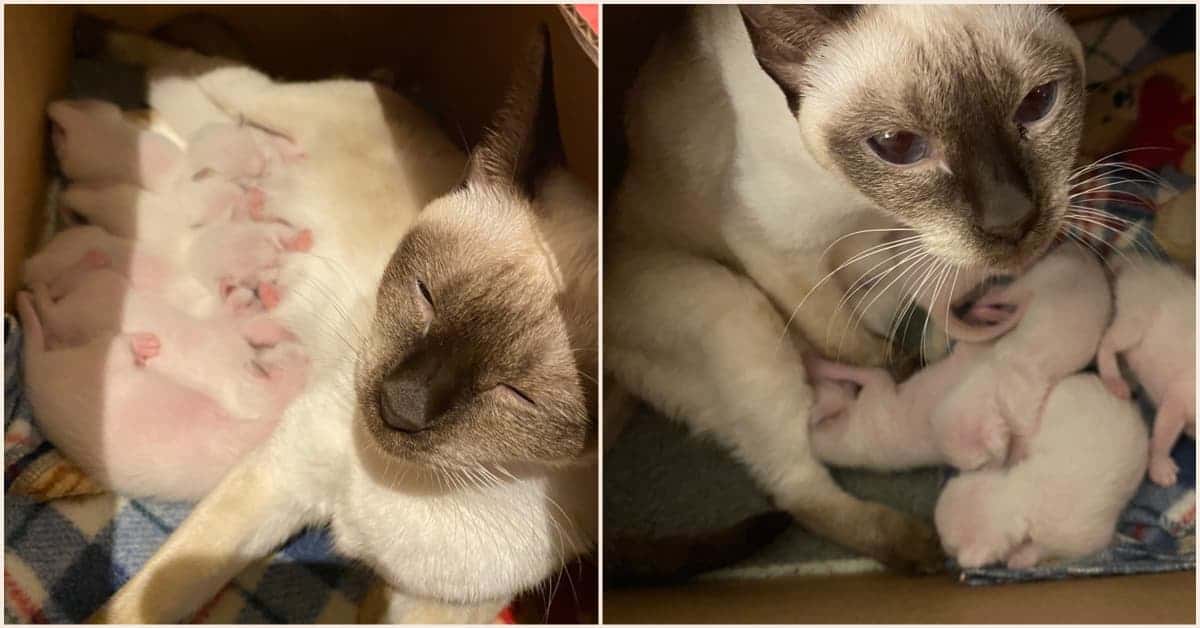 All six kittens and Lola are doing fine despite Lola being unsettled by all the fireworks that were let off this past week. I will be making sure that in future I never have a litter due during bonfire week.

Finally we have some kittens on the way 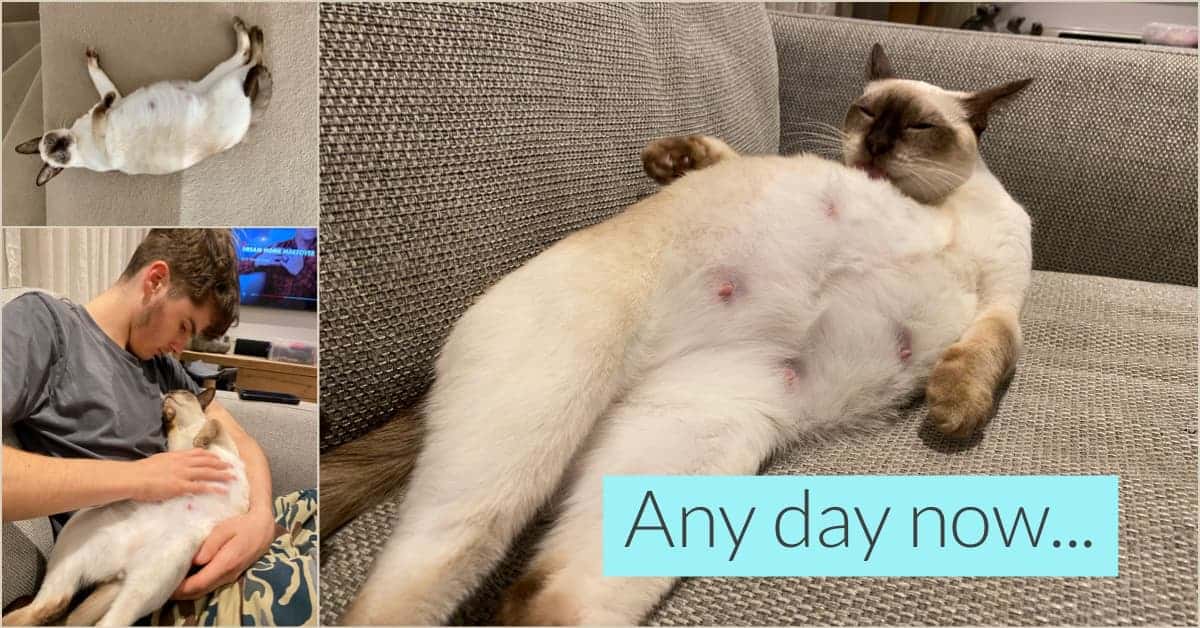 After much delay, we are extremely excited to announce that our latest litter is due in a few days.

Sorry to disappoint, bit as we have had so many enquiries, all the kittens in this litter are spoken for. 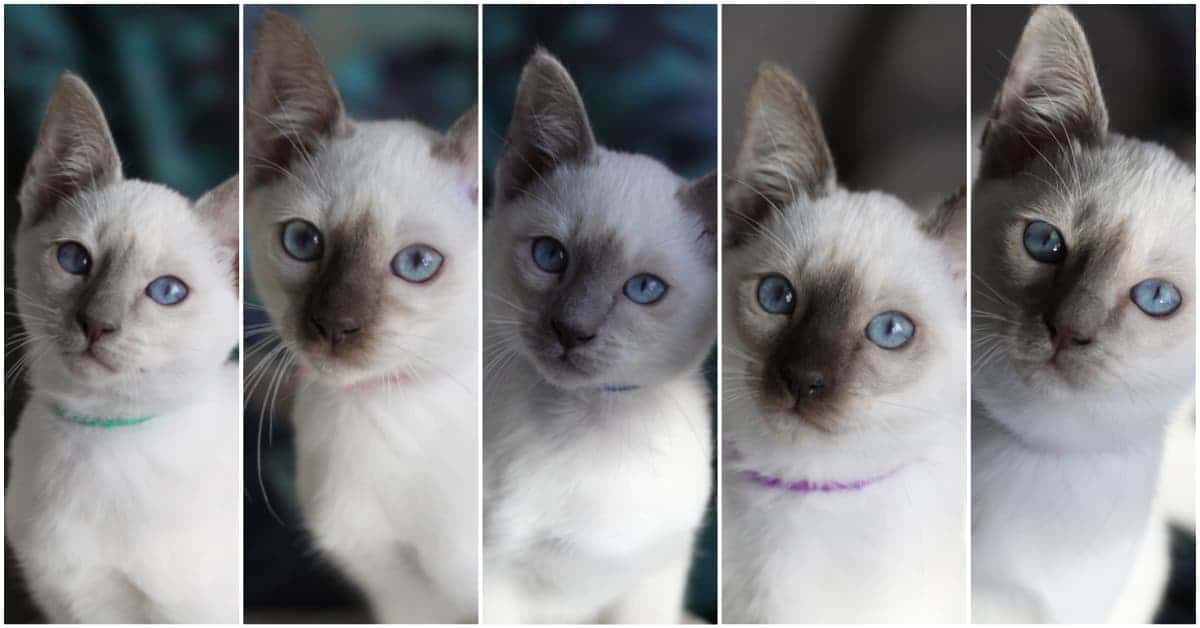 The kittens have had their 2nd vaccinations and vet check today. They were not particularly keen on being penned up in a cat box for the journey. They made such a racket! They are due to go to their new homes from the first of January.

It’s been a strange Christmas without a tree this year, but I couldn’t face the carnage that having a tree would cause. The kittens have had such fun knocking down all the Christmas cards, and wrapping Christmas presents has been a challenge! 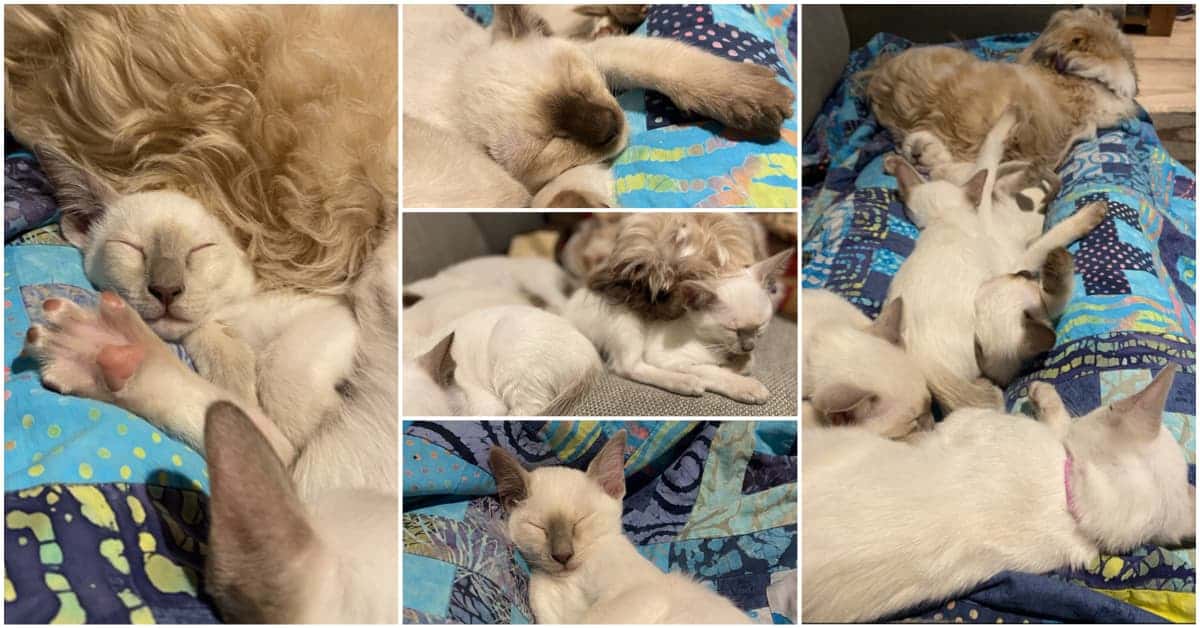 Sunday morning cuddles… Lola’s had to compete with the kittens AND Honey for her prime spot – and lost!

It’s been a bit crazy here this last week, we have a household full of animals doing dilly-dashes up and down the stairs. The kittens have been pinching Honey’s toys and then the game is on. 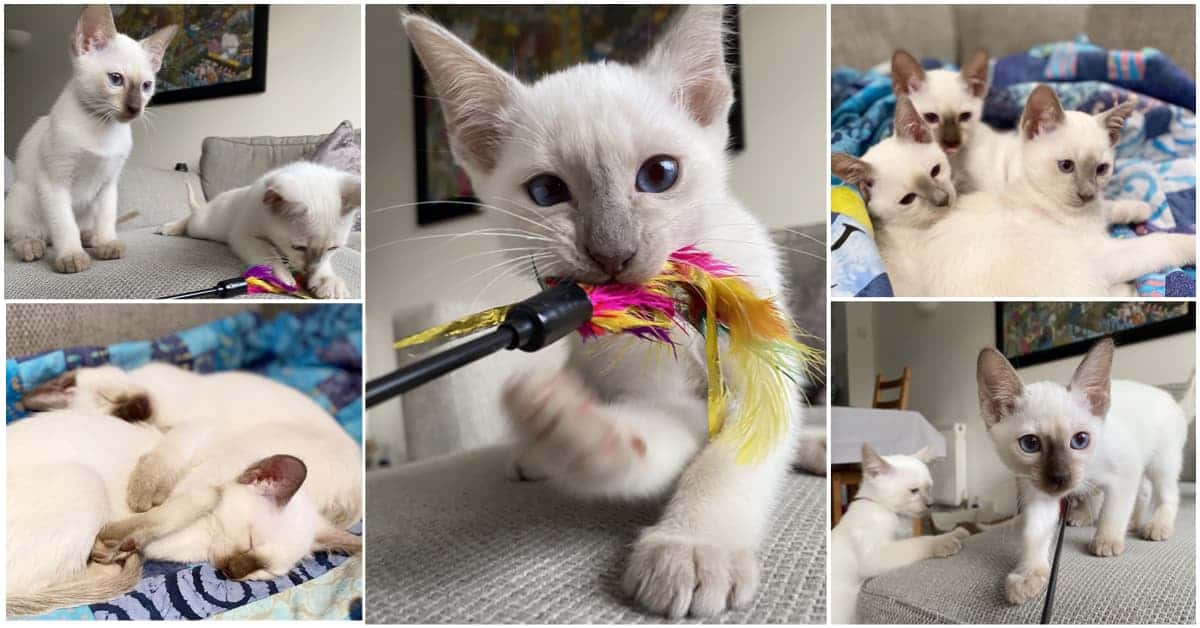 The kittens were vet checked, had their vaccinations and were dewormed this past week. They have met their prospective owners, and will be ready to go to their new homes in the new year.

Christmas is going to be interesting this year… 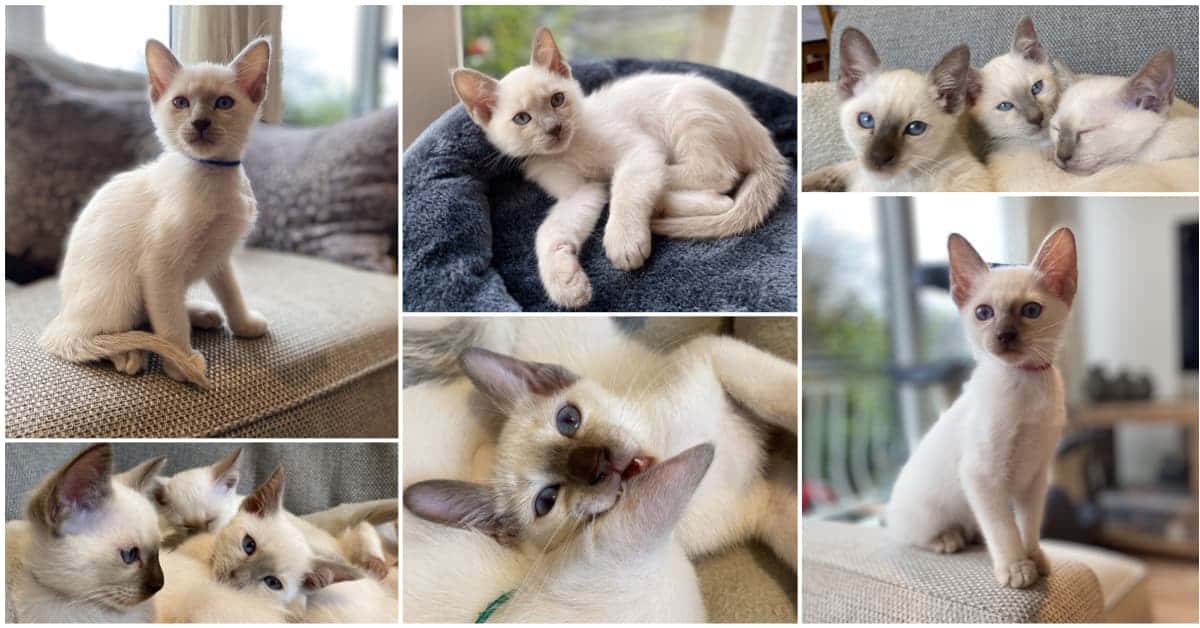 Changing my bedding has been a challenge this week. The kittens thought it was the best game ever!

They have also commandeered our Shih-Tzu’s bed. Fortunately Honey doesn’t seem to mind too much.

Member of the
Old-style Siamese Club

Member of the GCCF